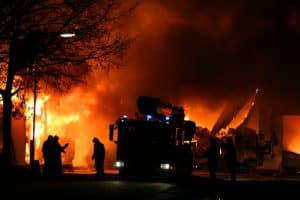 Gov. Jerry Brown has temporarily suspended the Hours of Service Regulations in California for truckers who are aiding in the wildfire recovery efforts.

The wildfire has blazed through Ventura County, California over the past few days, has burned over 132,000 acres and caused multiple highway closures, prompting Governor Jerry Brown to declare a State of Emergency for the entire county, reported NPR.

The Hours-of-Service Regulations usually enforced will be suspended for only those truck drivers who are helping to clean up the aftermath of the destructive blazes, under the State of Emergency.

As of 1 p.m. on Friday, December 8th, multiple road closures and evacuations orders were still in effect in Ventura County.

Excessive Heat and Furious Floods Are Expected in Sacramento Valley