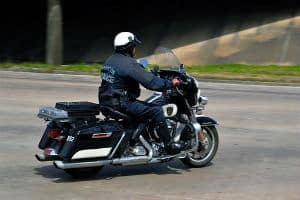 DIXON, CA – A man attempted to retrieve a ladder that fell off his pickup truck and was killed in an early morning crash. As it turns out, the tragic accident happened on a roadway near Dixon. This information comes courtesy of the California Highway Patrol.

According to authorities, the 59-year-old man was traveling in a pickup on eastbound Interstate 80. It was around 8 a.m. when the ladder got loose from the truck.

Upon noticing the fallen ladder, the man quickly pulled over to recover the ladder from the highway. As he tried to grab it from the busy highway he was immediately by a Toyota Camry that didn’t notice him on the road.

According to David Harvey with CHP’s Solano office, police pronounced the man dead at the scene. Unfortunately, a boy was still in the cab of the truck when the incident occurred. Consequently, he witnessed the entirety of the event. Luckily, however, he was unharmed in the tragic accident.

The driver of the Toyota Camry survived the accident without injury. Moreover, he remained at the scene until authorities arrived. Furthermore, the CHP officer doesn’t anticipate filing charges against the driver. California Highway Patrol will offer updates as they become available.