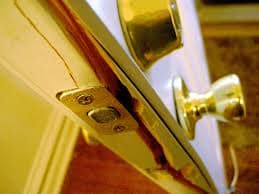 Residents living on one East Sacramento street express dismay over a series of break-ins targeting their homes. Within the past 12 months, neighbors experienced 4 separate break-ins. The most recent pair in that series took place just this last weekend.

Both of those occurred on the stretch of 46th St between H St and J St.

Speaking with KCRA3, one of the affected homeowners, Erin Lehane, voiced her frustrations. “It’s extremely disruptive to our sense of safety,” she said.

This past weekend, Erin and her family were away from their home, enjoying a vacation. Meanwhile, thieves approached her home late Saturday night. At around 3 am, they broke down the door to her home and entered under the cover of night.

Once inside, they drew the curtain for all the windows, a clear attempt to shield themselves from potential witnesses. Then they began ransacking the house, robbing it of whatever possessions they deemed valuable.

Among the missing items, the thieves stole jewelry and passports. They even dug up the family safe, buried in the ground. The items served as family heirlooms. “There’s zero resale value, but it was the most valuable things I owned,” said Erin.

The jewelry included a ring passed down by her grandfather. He received it from his mother when he became the first in the family to graduate high school. Erin planned to pass it down to her daughter.

The robbers also broke into a house across the street, though the home was vacant.

As a result of the break-ins, neighbors organized in a united front against future robberies. They exchanged contact information for when one of them leaves for an extended length of time. Many also purchased security systems and cameras. Community meetings now address security measures in the neighborhood.