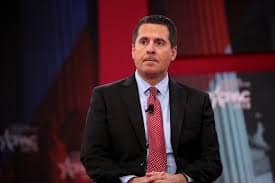 Following allegations Devin Nunes lied about involvement in the Ukraine plot to smear former Vice President Joe Biden, the Sacramento Bee published a scolding article written by their editorial board.

The texts were between one of the representative’s top aides, Derek Harvey, and Lev Parnas, an associate of Rudy Guliani, the president’s personal lawyer.

Parnas stands accused of assisting efforts to pressure Ukranian officials to launch an unfounded investigation into the Biden family. His unrelated indictment alleges he funneled money from Russian entities to Republican candidates in exchange for political influence.

Therefore, any connection to Parnas proves politically troubling for politicians involved with the Florida businessman and Guiliani associate.

So, when text messages surfaced exposing Nunes’s camp communicating with Parnas, blowback embroiled the representative in the Ukraine scandal.

Additionally, since Nunes sits on the House Intelligence Committee, he faces further scrutiny for involvement in dealings his position requires him to investigate.

In other words, Devin Nunes potentially contributed to the crime he is supposed to uncover.

The content of the texts exchanged between Parnas and Harvey includes multiple references to Biden. The roughly 100 texts sent over a period of months focus on connecting Harvey with Ukranian officials making unfounded claims of corruption.

Massive Backlog of Unemployment Claims to be Processed