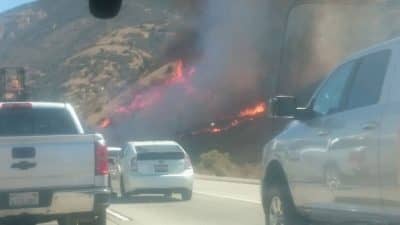 Sept 25, Monday afternoon Corona firefighters were fighting a brush fire on the shoulder of the 91 Freeway.

According to the California Highway Patrol incident log, it was reported about the fire just before 1 p.m. west of Green River Road.

According to the log, which said the fire was completely up to the hillside, therefore Caltrans was asked to close No. 4 as well as 5 lanes.

The fire dispatchers of Corona did not have any information and reported that no fire spokesman was available.

According to National Weather Service, the temperature in that territory at 1 p.m. was 73 degrees, with only 5% humidity which is very low.