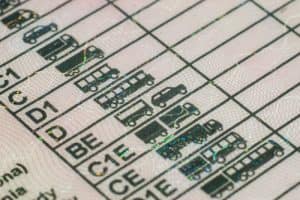 The owner of a CDL school and his top employees are facing charges from the California Attorney General claiming that they conspired to defraud the United States Veterans Administration out of $4.3 million.

A joint investigation was conducted by the VA’s Office of Inspector General, the FBI, and the U.S. Department of Justice, according to a criminal complaint filed by California Attorney General Xavier Becerra. The investigation found 38 individuals who were allegedly involved in the scheme. Five of those individuals were employees of the Alliance Trucking School in Chatsworth, California. The others were “students.”

Under the Post-9/11 GI Bill, CDL schools can be certified to provide training to veterans. The VA pays for tuition and other fees for the students. The school allegedly recruited veterans for their scam by explaining that if they agreed to be counted as “students” of the program, they would receive a housing allowance from the VA. In return, the school was paid by the VA for classes that the students never attended.

The VA was allegedly bilked out of a total of $4.3 million through this scam. Individual payouts for each student were often higher than $50,000. Most never attended a single class. The school still allegedly created false student files, enrollment certifications, and even took pictures of the smiling “students” holding their diplomas.

The owner of the school, Emmit Marshall, and the director of the school could each face up to 20 years in prison. They both have been indicted on counts of federal wire fraud. They.

“Thirty-eight individuals tried to get away with defrauding the Veterans Administration, but they will now have to face a criminal complaint filed by my Office,” said Attorney General Becerra. “We look forward to making our case in the court of law, and we will continue to vigorously prosecute those who seek personal profit by defrauding our veterans.”

How Do You Feel About the New E-Scooters?