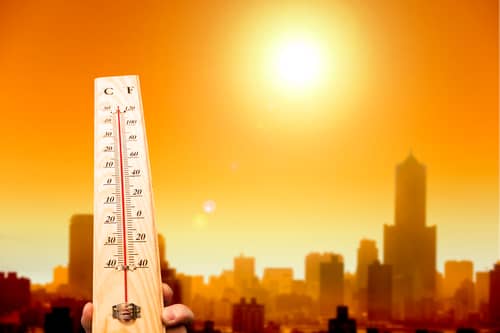 UC Davis researchers had a dreadful prediction for California on Monday: the Golden State will experience more wildfires and more extreme heat in the upcoming decades because of climate change.

The author of the Sacramento Valley regional report told that for about four days the average temperature was above 104 degrees.

In the next 50 years the extreme heat condition will move to 40 days per year. As a result, there will be 40 days above 104 degrees.  This temperature resembles the Phoenix’s climate today.

The climate changes are huge. Daily temperatures in Sacramento Valley will increase by 10 degrees over the next 80 years. This will cause wildfires.

The prediction based on current projections estimates about 300 percent increase in wildfires in the next 30 to 50 years.

The caution about wildfire in downtown Sacramento on Monday made several state agency leaders fight back against the increasing risk of wildfires. The aim is to have controlled burns.

The California Energy Commission is planning to have these cooling centers so that people with no air conditioning can go and be cool.

A former TV meteorologist, Anthony Watts is skeptical about predictions.’’ Just looking at temperatures isn’t necessarily a perfect indicator of what we are going to be seeing in the future’’.

By the contrary, Jerry Brown believes firmly that these predictions are serious. He believes they will guide us to confront the threats of climate change.