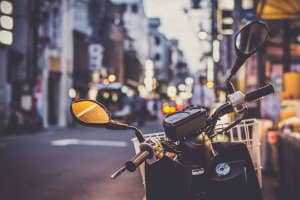 The Uber-owned company, Jump, is coming to Sacramento!

After the success of bringing electric bikes to Sacramento last year, Jump is going to release 100 e-scooters (electric scooters) Friday, February 8, 2019. The scooters will be located at the bike racks downtown and in West Sacramento.

The motor only reaches 15 miles per hour. These scooters will be available for rental with the use of the Jump app.

City officials welcome e-scooters. Although, officials are making specific ordinances for these scooters. Unlike San Francisco, officials hope to avoid controversy. For example, citizens can only ride e-scooters in the street. Also, they can’t be carelessly left around and create trip hazards.  The city wants renters to avoid cluttering up sidewalks and making safety hazards.  Citizens must leave the e-scooters at racks.

Jump Bike’s Sacramento executive, claims that he’s introducing scooters in Sacramento because the company’s bikes were very popular when they out last May. Scooters encourage folks to travel with Jump for shorter trips, rather than on foot. People use Jump bikes for trips about two miles, while people use Jump scooters for trips that last one mile.

The city is trial run for Uber’s business model. The company has often been criticized for adding to urban congestion. With e-scooters and e-bikes the company dissuades from congestion and still allows people to get where they’re going quickly.

So, are you excited for e-scooters? Or, would you rather not see them in Sacramento?