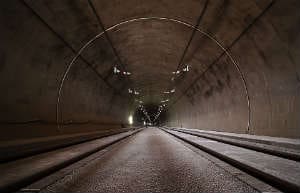 Elon Musk and the Boring Company recently made a Tesla tunnel, available to the public in Los Angeles. Although many people criticized the tunnel and claimed it wasn’t what they were expecting/ So, what were they expecting from this Tesla transit system?

The idea of this underground tunnel is providing a space where Tesla models can perform as transit systems, but better. This public tunnel system is like mass transit systems. Or, at least that’s what the company claims. Unfortunately, the company’s “innovative” alternative to a new rail system was a flop.

Even though Elon Musk and his Boring Company’s new accomplishment is supposed to be a form of transportation for the future, many individuals don’t approve of the concept. Those like the members of the Commonwealth Transportation Board, claim that the plan for the plan doesn’t make any sense. The concept itself is combatting a large transportation system. Although what does that mean for Tesla? Since Tesla consists of seating 8 people in a car at max, the concept doesn’t make much sense.

The tunnel, at its top speed, goes 60 miles per hour. So, while this tunnel does take substantial shortcuts through many neighborhoods by going underground, is it really much faster than taking the road? Especially if you include loading times and transportation for the Tesla model itself.

Basically, even the people who were overly excited for the tunnel aren’t satisfied. So, are you? Do you think the new tunnel was worth all the buzz? Or do you think it wasn’t worth the money?