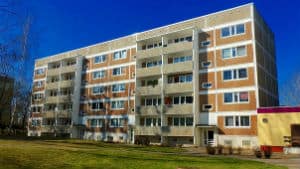 Apartment rents in Sacramento took a slight dip in February. In fact, they fell by one-tenth of a point. This comes on the heels of several months of slow growth.

Even worse, this marked the second consecutive month where the median price of an apartment has dipped. This statistic is according to the website Apartment List.

Despite the fact that it is one of the ten largest cities in California, Sacramento scores poorly in terms of price at a median of 1,210 for a two-bedroom apartment. However, over the year, rent increased slightly, 1.4 percent. This figure is higher than the rest of the country and California as a whole.

One potential reason for the trend downward is that fewer people move in the winter. Housing economists aren’t sure if this dip is truly seasonal or if prices will continue to flatten. However, if they had to guess, economists are betting on the minimal being a seasonal trend. After all, rents in Sacramento over the past five years been some of the fastest growing.

In the last five years, Sacramento rents have risen by 26 percent. This is the sixth most rapid increase among the big city in the nation. Rents accelerated the most in because people are moving away from the expensive cost of living in San Francisco. Experts aren’t certain if the current analysis means the influx of Bay Area residents has tapered off.

Two-bedroom apartment rent in San Francisco averages around $3,100 which is about 256% more inflated than Sacramento. In San Jose the same apartment would cost, $2,630 while in Oakland it would be $2,240.

The bottom line is that rental prices, just like any goods are controlled by supply and demand. Prices logically follow from consumer interest.