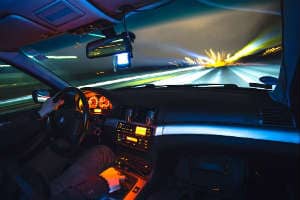 SACRAMENTO, CA – A recent GasBuddy study shows that Sacramento has the third most aggressive drivers in the nation.

How was this data found?

The study conducted was based on data from the Drives feature in the GasBuddy app. The app attained data from November 2018 to November 2019. The app gathered information such as speeding, hard braking, and quick accelerating. The research displayed that drivers within the city were 21 percent m aggressive than the average driver.

Interestingly, four out of the six top cities on this app were in California. The GasBuddy app compiled a full list that includes top cities for hard braking incidents, speed incidents, and acceleration incidents. Of course, the data combined created the most aggressive drivers’ list. This study also found that the most recurrent aggressive driving habit is hard braking. It’s important to keep this in mind when driving in a hurry or frustrated.

Aggressive driving impacts the individual driver as well as everyone else. Areas that usually have the highest gas prices aren’t coincidentally the ones with the most aggressive driving. With Sacramento drivers being 20% more aggressive than the average U.S. driver, it’s valuable for these drivers to think about their driving habits before they waste too much money.