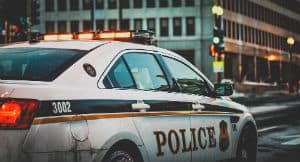 Officers detained the man after a two-hour standoff. Previously, they pursued the man.

The Sacramento Police Department reported that the incident started right before 9 p.m. on Thursday night.

First, a man walked into a business. The business is located in the 1200 block of C street. Then, the man began threatening to kill people inside the building. Police responded when they received a call describing the situation.

Officials arrived on the scene. Next, officials attempted to stop a vehicle they suspected was related to the incident. Unfortunately, the man got into the car and fled from officers. He drove away from the scene. In a severe panic and put many lives in danger as he fled. Therefore, police officers ended up chasing him in their own vehicles.

Eventually, police officers were able to surround the car. Specifically, this happened at D and 19th streets. This is in the midtown section of Sacramento.

The man refused to get out of the vehicle. Officers were forced to surround the car and apply direct force in order to apprehend the individual.

The standoff eventually ended after a grueling two hours.

A reporter with KCRA 3 news reported hearing a loud bang. Then, officers swarmed the car. They incapacitated the suspect, and then a K-9 unit ultimately took him down.

The man was detained. Officials have still not identified him at this time.

The SPD has not released further details as of this writing. However, it appears no bystanders or civilians were injured as a result of the chase or the standoff after the pursuit. We are looking further into this case and will keep you in the update as more information is released to the public.