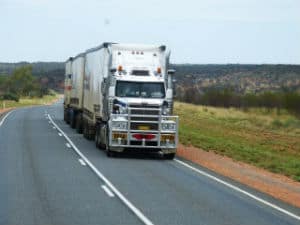 A speed limiter might be coming to a truck near you. When you’re a trucker, you don’t always need to know about the latest bills in Washington. However, a potential new bill might impact your job. Two senators are teaming up to introduce a new bill. Specifically, this bill relates to speed limits on trucks. Therefore, you should keep on reading to learn more about this bill. Furthermore, you’ll want to know whether you are in favor or against it. Also, it will help to know if it will impact your current or future jobs.

All about the potential new bill

A Republican and a Democrat have come together to create a bipartisan bill to add a speed limiter on trucks. Moreover, this bill would require the use of speed limiter devices on certain vehicles. Specifically, this bill would be a requirement for all new Class 7 and Class 8 trucks. Also, the devices would have to be installed immediately. Furthermore, the devices would set the speed limit of the vehicles to 65 mph. Drivers would have to enable these devices whenever the vehicle in question is being operated. Some say this has the potential for effective and improved safety measures.

However, this bill would also cover vehicles currently equipped with speed limiter devices. Still, if a truck is not currently using a speed limiter, it will not need to be outfitted with one should the bill go into effect.

Furthermore, they said in a press release on June 27 that this bill would act as “a lifesaving road safety measure for heavy trucks by codifying a pending ‘speed limiter’ rule that has languished in the federal bureaucratic process for 10 years.”