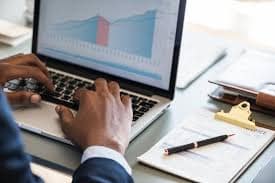 AB5, or Assembly Bill 5, was signed into law on September 18 of this year. The effective start date of January 1, 2020, fast approaches. Less than a week away, companies in California struggle to comply – or promise to mount challenges.

The bill’s impetus, a court decision known as Dynamex, prompted state legislatures to codify the court’s ruling into law. State representatives like Lorena Gonzalez, an author of the bill, champion its protection of workers. They seek to crack down on the ability of employers to take advantage of labor by categorizing their workers as independent contractors. The bill implements a test to determine whether a company may offer work to independent contractors. If a job description fails the test, the work must be done by a full employee of the company.

The test is called the ABC Test and it works like this: A worker may be classified as an independent contractor if A) They’re free to perform the work without employer demands on the process; B) That work exists outside the usual course of business for the employer; C) The worker customarily works independently in the same field.

A great many companies relied on independent contractors in the state to complete their work. As a result of that practice, workers filed lawsuits against their employers for taking advantage of their work and offering substandard compensation. AB5 acts as an end result of that litigious trend.

Companies at Odds with AB5

Last week, Vox Media announced its sports news site, SB Nation, wouldn’t be renewing contracts with over 200 of its contributors. In their statement, they site AB5 as the primary culprit. They did not mention a pair of lawsuits predating both AB5 and Dynamex, claiming the media company demanded work from contractors that amounted to full-time employment.

Uber and Lyft, considered the primary targets of AB5, promise to fight the law with a ballot measure. Their fleet of drivers complete the lion’s share of their business, but all of them get classified as independent contractors. The companies pledge to spend $90 million pushing an alternative initiative with terms more favorable for their operations.

Despite these efforts, however, AB5 will take effect as of the New Year, and its consequences, and benefits, will no doubt face debate in the months to come.