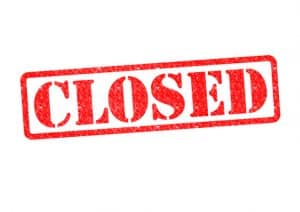 WEST SACRAMENTO, California — Vehicle traffic is moving Tuesday across the Rio Vista Bridge, but the center section is unable to rise for marine traffic and is still stuck in the down position.

It’s been like that since Friday after the bridge got locked in the up position the day before.

This situation can be a tough situation for boaters, but even worse for cargo ships, because the shipping lanes are temporarily blocked at the Port of West Sacramento, some 40 miles away from the Rio Vista Bridge.

Villegas said he’s concerned about the economic impact of ships that are unable to load or unload two key products: rice and cement.

The business fallout from the broken bridge is also worrisome to the city of West Sacramento.

Just how long will the ship be delayed?

Caltrans crews working on the bridge Tuesday identified the problem.

“The gearbox, for lack of a better term, is broken,” Caltrans spokesperson Dennis Keaton said. “We’ve sent them back out to a contractor to hopefully get them repaired in the next 30 days, as far as the best estimate that we have.”

For people connected to the port, 30 days is too long to wait.

Port officials said two ships carrying concrete are now unable to enter the port, along with one that’s waiting to load up rice.

Caltrans is already feeling that pressure from the port and the Coast Guard. The agency is waiting eagerly for the parts to arrive to fix the bridge, which was built in 1944.

Keaton said the Rio Vista Bridge was inspected in April and no mechanical defects were found.

By law, marine traffic has priority over cars and trucks. The Coast Guard said it’s working closely with the port and with Caltrans to get the Rio Vista Bridge back on track as fast as possible.