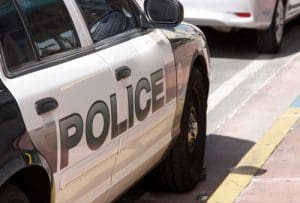 SACRAMENTO, California — One man is dead and another person injured after a shooting in Del Paso Heights Tuesday morning, according to Sacramento Police Department.

Witnesses in the Del Paso Heights neighborhood claim to have heard 4 gunshots around midnight.

The two victims were a man and his girlfriend in their car.

Anonymous shooters drove up next to them and fired their gun on the couple a few times.

Shortly after, the police department received multiple calls from neighbors of that area, claiming they all heard loud gunshots.

This would make it the 14th homicide of Sacramento in 2018.

One of the locals, Mina Perez, who spoke to authorities after the incident, claims that shootings like this one happen often in her neighborhood.

When authorities arrived at the scene, the man, age 25, was unresponsive. They tried everything to revive him, but unfortunately, they did not succeed.

His girlfriend had gunshot wounds and was rushed to the hospital, but she is doing well and is expected to recover.

Homicide detectives will continue to investigate the case.