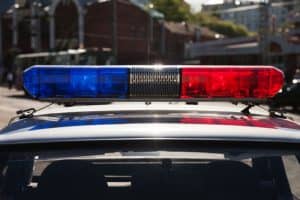 SACRAMENTO, California — A freeway road rage incident spilled over into Sacramento streets on Monday afternoon, as a driver crashed several cars, jumped on the roof of a vehicle and broke its windows before being arrested, police said.

Following some sort of disturbance on eastbound I-80, police said, a man in a white Chevrolet Trail Blazer followed another man in a silver Ford Fiesta as he exited the freeway near X and Fifth streets in Sacramento and then crashed his vehicle into the victim’s vehicle several times before fleeing.

No significant injuries were reported and the victim did not need to be taken to the hospital, said Sacramento Police Department.

The suspect then drove east on X Street, police said, and rammed an unoccupied Honda CRV into the intersection of X and 10th streets. The suspect got out of his car and jumped on the roof of the Honda, breaking the car’s windows, officers say.

When they arrived on the scene, officers found the suspect still on top of the car.

The man was transported to a hospital as a precautionary measure, Chandler said, because he had fallen off of the car and officers suspected he was under the influence of narcotics.

The suspect was taken to the hospital Monday, but as of Tuesday afternoon, Chandler said officers were still waiting for him to be medically cleared so he could be booked into jail on charges of felony assault and felony vandalism.

The incident on the freeway is still under investigation, said Chandler, and police could not confirm the suspect’s identity until he had been booked and they were able to get his fingerprints.