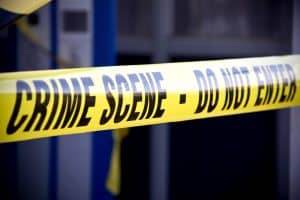 A 2-year-old boy was found in a hot car this week in South Sacramento. He was not conscious or breathing when locals saw him in the backseat of a car.

They immediately contacted the police and were not able to fully speak because they were hesitating.

The people were calling from the 9700 block of Everbloom Way, according to the Sherriff’s Department.

Authorities instructed them to give the boy CPR until they arrived at the scene just a few minutes later.

Sgt. Shaun Hampton rushed to the scene to help the little boy. Once he got there, he said the people were panicking and screaming. However, they were not the boy’s parents, nor are they related to him.

Although they all tried to give the boy CPR and revive him, nothing seemed to work.

They rushed the boy to the nearest hospital and contacted the Child Abuse Bureau to investigate into this case.

Hampton said, “It’s very abnormal for a child to just die,” which is why child services had to be called.

Investigators got a search warrant for the boy’s house.

They have not found or arrested anyone that is related to the child’s death.

The boy died from being suffocated in a heated car. However, they will conduct an autopsy to be sure of the cause of death.

Sacramento police do not know how long the boy was in the car for or how he even got in it.

Hampton talked about how parents should be very careful of leaving kids or pets in a car during the hot season. Anyone who sees a person in a hot car that is not on should call the police or try and open a window somehow.

Police remain to search for any suspect that might be related to the boy’s death and ask to be contacted if any information is known about this case.

Pedestrian Got Struck and Killed By Freight Train in Sacramento