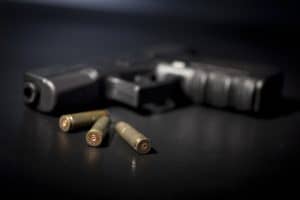 Justice was demanded yesterday by the family of the 16-year-old boy who got shot and killed this week in Sacramento.

The family is mourning the loss of their sweet little 16-year-old boy, Zachary Whittington.

His mother gave a speech yesterday at the Liberty Towers Church about her son’s death. She stated that “[his] death will not be the end of this story – but the beginning of a new one.”

A recap of what had happened to Zachary earlier this week:

Sacramento Police found Zachary’s body in a Carmichael apartment. His body had more than one gunshot wounds.

They believe that a 13-year-old boy was related to Zachary’s death.

The 13-year-old fired multiple shots at Zachary and killed him inside a Carmichael apartment on Manzanita Avenue.

Neighbors quickly called 911 to report gunshots that they heard in the area.

Once the police arrived at the location of the apartment, they found Zachary unconscious on the floor. He was already dead before the cops arrived.

Later, they found the 13-year-old with a gun in his hand and arrested him in connection to the murder of Zachary Whittington.

Though people believe this might have been a “targeted” shooting, Sacramento Police have yet to determine what the case was between the two boys.

Dr. Nicole Clavo commented on this sad case, stating that “This is not just an isolated murder. This is happening throughout Sacramento County.”

“This is an experience no mother should go through,” she says as she also mourns the loss of this young boy.