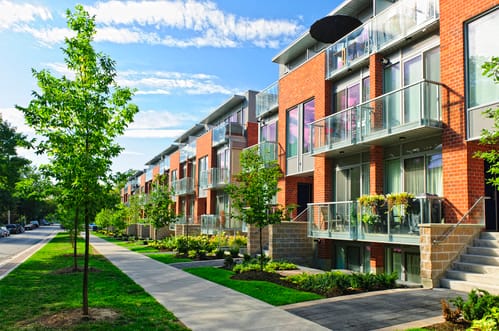 Modern town houses of brick and glass on urban street

The increasing renting fee has always been a viable concern for Sacramento residents.   The government continuously designs alternative methods to boost the economy through increased renting fees.

Meanwhile, the housing advocates and supporters insist on applying a renter protection measure and gather signatures to support their viewpoint.

Sacramento Mayor Darrell Steinberg is one of the pioneer supporters of renting fee increase. He believes even though housing was a major problem for Sacramento residents, these controls wouldn’t solve the problem.  Stenberg assumed that this would lead to the unintended consequence of harming a need to increase the supply of housing.

However, this is not the sole problem. Increased rent fees will prevent many investments and new initiatives to enhance the affected communities in the city of Sacramento.

As the topic grew within several months, the supporters’ efforts brought its result.   Recently, Steinberg has released a statement that says he backs temporary limits to the renting amount. Additionally, he proposes introducing a cap of 5 percent on annual rent increase.

Council members’ Hansen, Guerra and Jennings’ proposal for renting control is different in many ways from the mayor’s plan.   Their proposal suggests that if a tenant who receives a rent increase of more than 6 percent within a 12-month period requests mediation, they must still pay rent.   This includes the 6 percent increase until the dispute is resolved.

These two proposals if passed will create a new challenge for Sacramento residents, rental owners and property managers.   Primarily, the renting fee increase affects low-paying people who have no choice but to obey the rules.

The California Apartment Association forces all the rental owners and property managers to get involved in the discussion.   However, will this help? It is still a question.