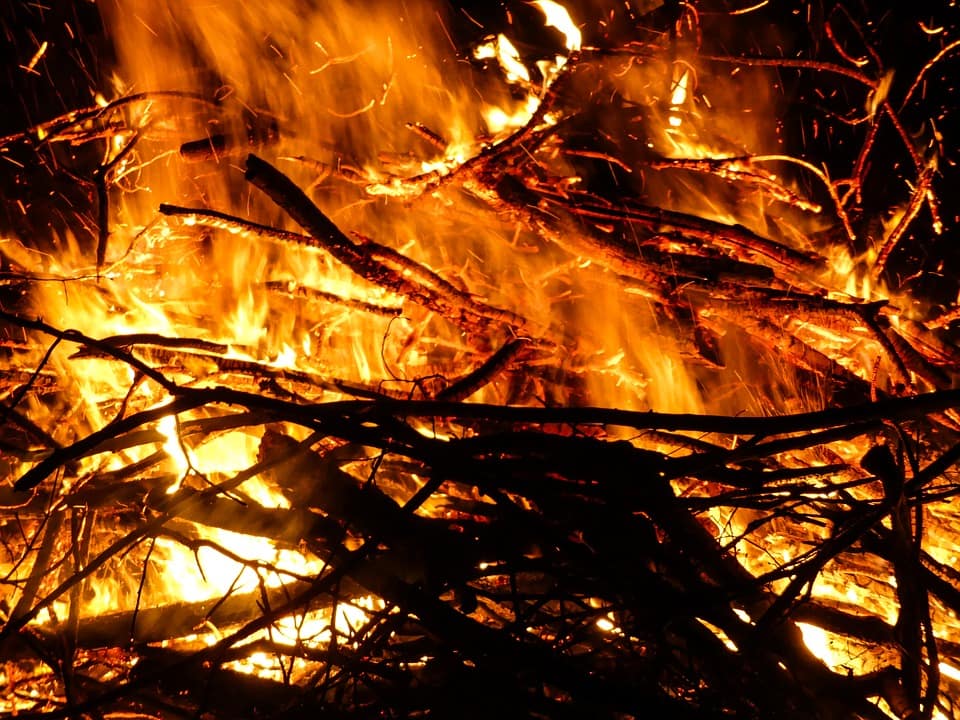 SACRAMENTO, CA – The fire that started in a south Sacramento homeless encampment spreads to a contiguous field posing a serious threat to nearby houses.

The fire started close to Morrison Creek, between Lemon Hill Avenue and the 65th Street Expressway. The place is a vast homeless encampment that has been growing exponentially along the creek during the past few years.

Right next to the encampment, there is a fence. And this fence divides the homeless settlement from a big area or residential houses.  People who live in these homes along Lemon Hill avenue have been dealing with usual fires, car break-ins, and drug usage, due to the ever-growing encampment.

Now, the large flames of this fire are threatening the houses directly on the other side of the fence.

Several neighbors came out to the streets to ask for this situation to change. The exact cause of the fire is yet unknown, but since it hasn’t been extinguished yet, the area is still not out of danger. And, if the homeless camp is not evacuated, they assure it will happen again.

“That guy had a full-on house built up against the fence right there. The whole thing was on fire,” said resident Richard Rice.

Meanwhile, his neighbor Brianna Zumbado said this fire is only the most recent example of her safety concerns.

“We have families that have younger children and all you hear is cuss words and you hear and smell all this drug usage back there. It’s insane,” she said.

The neighbors feel powerless when facing an issue like this. They say they can’t escape the situation since the homeless sit directly on the other side of their backyards.

Rice understands the issue but also worried about the safety of the homeless. When he saw the flames, he rushed out to check on them.

Many neighbors tried to protect their homes by spraying water on their driveways to try to keep the fire from spreading and reaching the houses.

“We were actually scared that it would reach over there,” he said. “There needs to be somewhere for them to go.”

Zumbado also wonders about the future of this situation. “What else are we going to do? When is it going to stop? When are they gonna actually come and help take these people out, or at least get them some help, the help that they need?”

Even though no one was hurt in the fire, the Sacramento Fire Department had to be extra careful when approaching this type of fires. Battalion Chief Patrick Costamagna made some public allusions about the safety concerns surrounding his crew.

“We ran into a lot of hypodermic needles,” he declared earlier today. “It’s kind of a no-go. We wear our protective clothing — steel-toed boots, our fire turnouts — so that gives us some level of protection but absolutely not to a needle. So, we just have to kind of pull back when we’re doing our overhaul procedures.”

He also went on to mention the homeless crisis, since it is an increasing population. This has affected the number of fire calls at homeless encampments. Lately, they have been responding to a still-increasing number of this kind of fires.