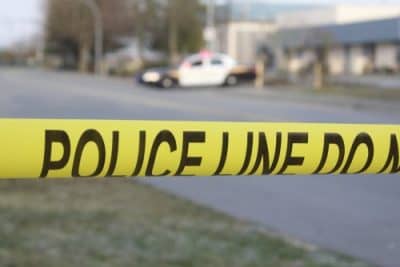 PALMDALE, California – A dead body found in a truck is registered to a suspect tied to a triple murder in Palmdale, sheriff’s officials confirmed.

The Toyota was found on Sunday near Avenue G and 250th Street East in a remote area of Lancaster.

At that time, officials said the 2002 silver Toyota Tacoma pickup matched the general description of the car belonging to James “Todd” Brown but did not confirm it belonged to him.

The identity of the body found inside is not confirmed by the investigators.

Brown was someone the family knew for almost two years. He rented a trailer in the back of the family’s property while performing odd jobs for them.

Detectives believe they were killed in a dispute over money.