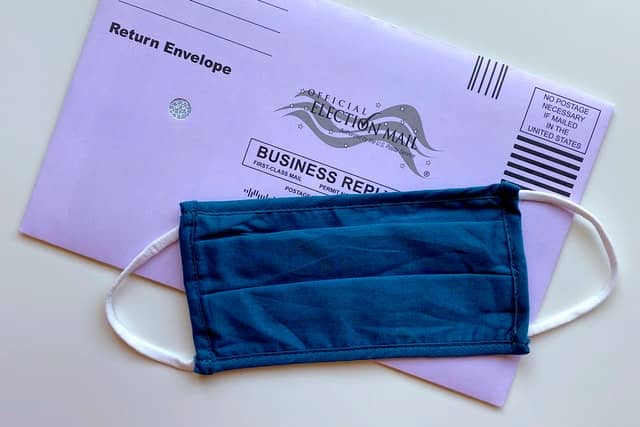 SACRAMENTO, CA – What’s so special about campaigning, you might ask? Well, the value in hitting the campaign trail lies in attracting a wider base of voters. This helps ensure the numbers of your probable success or failure. And while Joe Biden and Donald Trump have been campaigning all over these United States, locals in Sacramento California have had their own hurdles to jump over. Local elections are no joke.

But will they become so? After all, the Corona Virus might be joining in on the campaign trail.

Social-distancing has changed the American landscape drastically. Suddenly, citizens are no longer willing to go to the ballots as they once did. Perchance it’s fear. However daunting, many speculate the dangers of being to close to a fellow constituent could prove dangerous. You don’t know where those votes have been! It’s all a matter of being wise to the fact that media and mail advertisements and support messages will be more popular than in-person rallies.

For those who mind, that is.

Grassroots may be a thing of the past as a larger dropoff, where people who vote for the big guns stop after congress. They just don’t care about their local legislature as they used to.

For Sacramento, voters get to decide between two major points of contention. Measure A, which is the “strong mayor” provision to change the way the city is run. And then, Measure C, which prohibits slacking off when it comes to finally paying the rent when the rent is due.

Whichever they vote for, the public also has had access lately to more than just Zoom Conferencing. Some organizers of effort awareness have mentioned that arranging small groups helps. On top of that, some people can just be spoken to from outside their cars.

What a wacky world to be campaigning in.

Rain and Snow Records are Being Broken With Historic December Storms

Two Men Arrested in Bombing that Damaged a Church