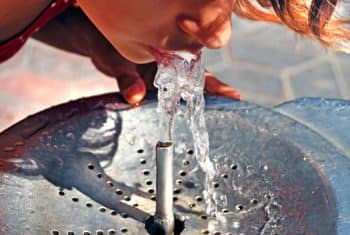 California Schools in Manteca and Calaveras counties are testing their tap water and planning possible repairs after an investigation revealed higher than allowed levels of lead and contaminants in their drinking water.

More than 11,000 public schools in California haven’t been tested for lead or other contaminants at school campuses, according to data provided by the State Water Resources Control Board.

As of November 2, only 1,829 schools requested to have their drinking water tested for lead, the water board said.

However, a new California law will require water agencies to test for lead in the water at the schools they serve before Jan. 1, 2019. It means students could be drinking tainted water for another year.

At 24 schools in Northern California cities, 52 drinking fountains water have been sampled.

A sample taken from a drinking fountain at Amador High School had lead levels of 32 parts per billion. That’s more than twice the EPA standard of 15 ppb.

Also, a sample taken from a water fountain at the baseball field at Manteca High School had lead levels of 19 ppb.

The school districts shut the water fountains down and began running their own tests. The Manteca Unified School District is already looking at upgrading some of the plumbing at the school.

“It’s always better to be safe than sorry,” said Dr. Clarke Burke, deputy superintendent at Manteca Unified School District. “So again, it’s about taking care of kids first and making sure those facilities or faucets are meeting standards.”

The drinking water was tested at a fraction of the schools in Northern California. But, schools across California can have had their water providers test the water at school campuses — at the water provider’s cost — according to a state program that went into effect this year.

Investigates found only 13% of schools have requested testing statewide.

The Fight Begins for Better Water

Jenny Rempel, with the Community Water Center, is fighting for stricter water standards. She said some schools may be putting those tests off because they are afraid of what they will find.

“Some schools may be hesitant to test because they may be concerned if they find lead, they might not know what to do in that situation — which is a potential public health crisis with their students,” Rempel said.

“The schools are afraid to know quite frankly. I think there was this idea, ‘Oh, we’re fine. We don’t have lead pipes. You know we were built after this time, and the water should be fine,'” Fletcher said. “We realized it’s time for our schools to pay attention. This is clearly an issue, and we don’t know where it’s an issue. So, we need to mandate it up and down the state.”

The state saved millions of dollars for school districts to help pay for the cost of plumbing repairs if it finds lead.

The schools won’t need to fix their water pipes if they find lead but it is below the EPA limit.

“The American Academy of Pediatrics and others actually think those standards are lax and that they should be much lower,” said Dr. Dean Blumberg of UC Davis Pediatrics.

In addition to lead, copper and arsenic were also found in some schools in which tested the drinking water.

Advocates for stricter water regulations said there are several other harmful contaminants that are showing up, not just in school water — but in entire water systems.