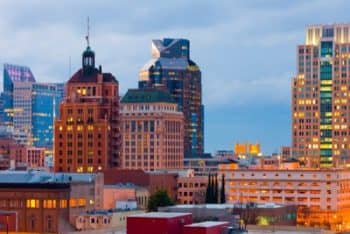 The cost of living in Sacramento is lower than in many other metropolitan areas in California. If you are one of the people who actually want to move, consider Sacramento as a top destination with lower prices, but with the strong job market.

A new report conducted by analysts showed that Sacramento is in sixth place when taking into account salaries, cost of living, the number of job postings on the website over the past year, unemployment rate and projected job growth.

Sacramento Has Low Prices But Also Not Enough Housing

Sounds great, right? But there may be another side to the data, too.

The City Council held a three-hour workshop Tuesday to discuss how city Hall can react to what Mayor Darrell Steinberg called an “affordable housing crisis.”

There is more evidence why people are leaving the Bay Area and Los Angeles and heading inland.

The firm calculated the salaries for all metro areas when adjusted for cost living (the price of homes, services, and physical goods, as measured by the U.S. Bureau of Economic Analysis).

When adjusted for cost of living, the top six metro areas where your dollar goes furthest are in the Central Valley.

Meanwhile, the adjusted salary in the San Francisco –Oakland-Hayward area was $64,873 and it was $61,847 in Los Angeles.